Villiger, the old swiss brand that conquers the US market

Villiger Söhne AG, is a Swiss origin tobacco company that can be described as one of the oldest, largest and most respected tobacco factories in the world. Although its global recognition comes essentially from the production of machine-made cigars, it entered the world of premium cigars just over a decade ago.

A brief journey through its history will allow us to know how the perseverance and dedication of this family, added to their ability to innovate and open up to new challenges, have allowed it to successfully maintain itself during its 133 years of existence.

In 1888, the marriage of Jean and Louise Villiger opened a small cigar-making plant in their home in Pfeffikon, Switzerland, city where their main headquarters still operate today. Barely 14 years had passed when 42-year-old Jean passed away and Louise was left alone with the business, leading it successfully for 16 years until, in 1918, her sons Max and Hans took over, starting the second generation of the family in the company.

In the following years they expanded to other European countries, but between 1939 and 1945, the Second World War took its toll on them and development came to a halt until, in 1950, they reassumed work and Heinrich Villiger, the eldest son of Max Villiger, joined the company.

In that long period of more than 70 years, Heinrich, the sole owner of the company -in 2020, at 90 years old he won the Hugo Chairman Award, granted by the prestigious U.S. Tobacco Business Magazine-, had the ability to expand its operations to numerous countries by setting up companies to grow tobacco and to produce and distribute cigars, to the point that today they produce approximately 1.5 billion cigars a year.

Despite being the largest distributor of Cuban cigars in the world, and probably with an eye on the attractive US market, in 1997 they decided to open a company to import non-Cuban cigars that are made in the Caribbean and a few years later, established Villiger North America Corp., a distributor for the United States.

In 2008 they took the momentous step of venturing into the production of premium cigars and, since then, their entry into that market has been broad and accelerated. This data speaks for itself: when they moved, in 2016, their US headquarters from North Carolina to Miami, Florida, machine-made cigars accounted for 99% of the business. At the end of 2018, that proportion, in value, was reduced to 85%, which means that just two years later the income from the sales of artisanal cigars increased from 1 to 15%. During the first six months of that year alone, they sold approximately 1.2 million premium cigars in the U.S. market, a figure most likely driven by the No. 10 spot for Villiger Flor de Ynclan cigar in its Robusto format, reached in the 2017 annual ranking of Cigar Aficionado magazine.

Just 2 months ago they inaugurated a plant in Estelí, Nicaragua, called Villiger de Nicaragua, where they plan to consolidate the production of their new but recognized brands of hand-rolled cigars.

Although the business strategy is to strengthen and expand its position in all markets, there is no doubt that a key element is the proximity to the attractive US market, the world's largest sales market for premium cigars. So far it seems that it has managed to conquer a significant part of its smokers.

In our store you can buy some of the collections of this renowned brand. We invite you to try any of the many Villiger cigars that we have available for you. 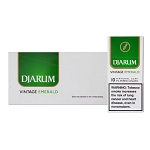 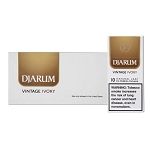 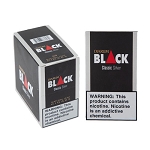