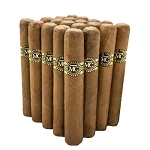 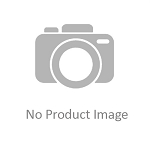 Where do the cigars consumed in the United States come from?

The United States is the world's largest importer of premium cigars -those made by hand- with a market that represents 50% of world consumption, which means that large quantities arrive from the main producing countries, although it is a relatively small industry since it barely moves about US $ 1,500 million a year approximately.

The largest producers of premium cigars are Cuba, the Dominican Republic, Honduras and Nicaragua, but, although Cuban cigars are highly appreciated in the United States, and historically they have been the most prestigious cigars, due to well-known reasons, the market was changing little by little until today, countries like the Dominican Republic and Nicaragua surpass Cuba in the ranking of units sold to the United States.

It should be noted, however, that most of the premium cigars that are produced and exported in both the Dominican Republic and Nicaragua are in some way heirs of the Cuban tradition, since many of the owners of the manufacturing factories came to those countries from Cuba.

In 2017, Nicaragua once again ranked first in premium cigars sales, placing 148.3 million units in the North American market, which meant almost 30 million more than the 118.5 cigars that arrived that year from the Dominican Republic. The same situation was repeated in 2018 and 2019, and although during 2020, due to the Covid 19 pandemic, an exceptional situation was experienced that meant a significant drop in the production and exports of cigars, the figures continued to show what appears to be the consolidation of Nicaragua's leadership as the first country to export cigars to the main premium tobacco market in the world.

Although it is not the subject of this article, it is interesting to note that in the annual rankings carried out by some specialized publications such as Cigar Aficionado and Cigar Journal, Nicaraguan cigars have been appearing, for at least five years, within the Top 25, even reaching in some occasions the position number one.

It remains to be seen whether the persistent political crisis in that Central American country does not hinder the current success of the important Nicaraguan tobacco industry.