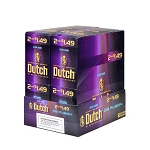 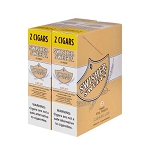 What is the Easter rabbit?

Astarte, Ishtar, Astoret, Ostara, Eostre … Where does the word Easter come from? And the word Easter? The origin of this festival and its celebrations is much older than we think.

Mesopotamia, the land between rivers, a fertile place, plagued by tribes and now strange gods. Like the very same Astarte, also known as Ishtar, Astarot or even Astoret. This divinity appears and vanishes throughout the prehistory of humanity. Although it never disappears completely, but changes, evolves and adapts. New cults and new traditions are based on the cultural remains of the old goddess of sex, war and love. Traditions like that of the strange Easter rabbit. Because rabbits and eggs are symbols of fertility, right? It would not be at all strange that Easter was actually a party adapted to our day. But, onemoment! The symbols of Astarte were not the lion, the star of the dawn and the eight-pointed star? Something stinks in this Easter rabbit story.

Surely you have run into the supermarket with figures of chocolate rabbits. Or colored eggs (sometimes also chocolate). The Easter rabbit is a tradition in many countries, especially throughout the Americas. In Europe, however, it is somewhat more difficult to find it, although there are many traditions concerning eggs. There are several versions of a legend, very deformed according to the place and culture. One of the most interesting is the one that tells the story of a poor woman who during Easter was unable to offer sweets to her children. The mother hid decorated eggs for the enjoyment of her children in the garden, who ran into a rabbit and believed that she had laid the eggs.

Since then, the children made a nest that was in the garden while waiting for the eggs of the Easter bunny, which fills up during the night. In general, the legend of the Easter rabbit tells that this creature brings baskets full of colored eggs and sweets to the children’s homes. According to several sources, the first references are due to Georg Franck von Frankenau, in De ovis paschalibus of 1682. This treatise speaks of an Alsatian tradition of a hare that brings Easter eggs. In any case, this party is usually celebrated by hiding decorated eggs in gardens and houses, which are collected during a game. In the nineteenth century, in Germany, the eggs became chocolate (as are some figures of the rabbit), which remains to this day.

Probably this is the favorite season for many of you; Spring is starting and even if you didn´t expect presents from the Eastern bunny, we decided to let him take control and get discounts, and if nobody gives you a chocolate egg, you can buy a cool present for yourself at our online store http://www.floridatobaccoshop.com/. The great discount for selected items will be available over the weekend, so don´t miss the chance to get what you want and share something with others.