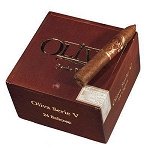 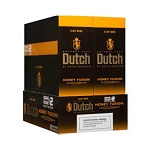 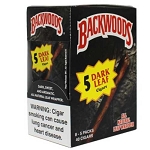 What do you know about cigar wrappers?

There are many controversial topics in the world of cigars, and the color of the wrappers is no exception. The essential debate is whether the color of the leaf that surrounds the cigar, known as wrapper, significantly influences its flavor or not.

Opinions among experts are so different that they vary between those who affirm that its influence on flavor is minimal and that its importance lies in appearance, to those who claim that its impact on flavor can reach up to 70%. For their part, among fans, the tendency is to believe that the darker the wrapper, the stronger the cigar.

Where does the color of the wrappers come from?

The color of a cigar's wrapper leaf is completely natural. It is determined by several factors, of which the fermentation process that the previously dried leaves undergo is perhaps the most important. Another element that influences color is where the leaves come from on the stem of the plant: those on the upper levels are naturally darker, while those closer to the ground produce the lightest colors.

The greater or lesser exposure to the sun also counts: the leaves with greater exposure darken and produce more oil as a form of self-protection; in addition, the sun promotes the production of sugar through photosynthesis, which tends to soften the flavors.

What are the basic colors of the wrappers?

Despite the fact that the spectrum of colors of the wrapper is extremely wide, experts usually differentiate between five basic colors. The rest of the distinctions are given by certain subtleties and variations in the tones, some of which have to do with the different places where they are grown.

·           Claro: It is the characteristic color of the leaf known as Connecticut Shade, whose maturation occurs inside tents to protect it from the sun. This leaf developed its distinctive greenish-gold color in the Connecticut River Valley. A variation would be the Double Claro, also known as Candela, highly popular in the US market.

·           Colorado Claro: This color, between light brown to golden brown, indicates that the cigar has a stronger flavor than the previous variant. It is mainly used to wrap medium flavored cigars.

·           Colorado: This wrap is one of the most popular choices among cigar aficionados. It is a dark brown color with reddish undertones and is used for medium to fuller flavored cigars.

·           Colorado Maduro: For this color, mature leaves are used. They are dark brown in color and are used to wrap cigars with a strong and spicy flavor. Some experts and cigar aficionados claim    that being slightly less cured than the Maduro wrapper, this wrap retains a more aromatic flavor profile.

·           Maduro: The wrappers of a Maduro are very dark brown because they were exposed to the sun for a long time. The taste has a certain sweet touch. A variation of this wrapper is the Double   Maduro, also called Oscuro, a rare wrapper to find, which undergoes a much more intense and prolonged fermentation process than a Maduro, resulting in a dark and almost black wrapper,   with a texture resistant and with a very characteristic flavor profile.

As an interesting fact, we would like to comment on the opinion of the well-known English expert (now deceased) Simon Chase, because it is a valuable contribution to the subject: “There is another factor that varies along the same lines, namely the sugar content in the leaves. There is more sugar in the Maduro leaves from the top of the plant, and much less in the Claro leaves from the bottom. As a result, you find that very dark Maduro leaves bring sweetness to a cigar’s taste that is apparent even when you first place it unlit between your lips. Conversely, light-coloured wrapper leaves add dryness to the cigar’s taste. My contention is that wrappers do make a significant contribution to the taste of a cigar, but not with regard to its fullness or lightness of flavour. Instead they add what I describe as a ‘top taste’, based on an axis from dry to sweet, subject to their colour.”[1]