The 3 Leaves of Knowledge: Ligero, Seco, and Volado

Let’s start with the basics, there are 3 different kinds of tobacco leaf distinctions, the lingero, the seco, and the volado. It’s important to note that these categories don’t refer to different tobacco species but rather indicate the region from which the leaf material was taken from any given tobacco plant. In short, they are not different strains but are merely the different parts of the tobacco plant.

The lingero is the upper-most part of the tobacco leaves on any given plant and generally take much longer to mature than either the seco or the volado varieties. Lingero leaves are also more apt to contribute a spicy, coarse and bold flavor to a cigar with the addition of a lot of smoke output. Lingero, due to their abundance of flavor, a generally used amply in stronger tobacco blends meant for the die-hard “experienced” smoker. The downside of lingero is that, despite their powerful flavor they are distinctly lacking in aroma and as such are often blended with seco leaf filler to make up for this deficiency.

In contrast, the volado leaves are found at the bottom of a tobacco plant and are second in boldness and spice only to lingero and much like the aforementioned lingero, volado has very little to offer in terms of aroma. Because of this lack of both flavor and aroma the volado is primarily used for other reasons, chiefly their potent burning properties. Volado leaf is, indeed, extremely important in maintaining a cigars even burn ratio, cigars that do not use volado or use too little of it’ll often feature a wonky burn line due to this fact. In some places volado leaf is also referred to as viso leaf.

Seco leaf is the most popular kind of filler tobacco and is harvested from the midsection of the tobacco plant. Seco grade filler is milder and more generally tame in terms of flavor and smoke output than either volado or lingero leaf tobacco. Seco is also the thinnest grade of tobacco and contributes primarily to the overall aroma of any cigar which uses it.

Understanding the various different kinds of tobacco leaves, how they impact flavor, where they come from and how to get them is extremely important for cigar professionals. It’s important not just for those that wish to make their own blends but also for discerning shoppers looking for a particular flavor or mix of flavors. 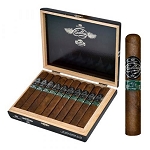 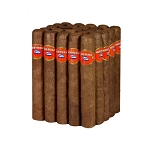