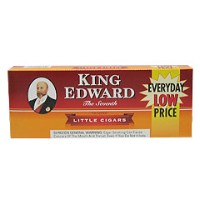 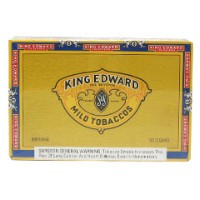 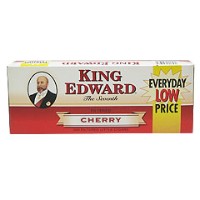 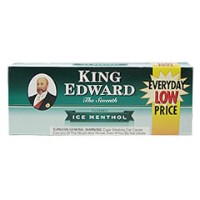 King Edward Cigars get their royal name from King Edward VII who took the crown from Queen Victoria of England. The Queen disliked smoking and had it banned during her lifetime. Once she had passed, King Edward allowed smoking once again by announcing “Gentlemen, you may smoke”. That short yet powerful remark earned him a respectable spot in cigar history.

Today the King Edward brand of cigars is known all throughout the world for their tobacco quality. This American made cigar features a mild taste and smokes smoothly. It includes a rich blend of slow-aged filler tobaccos that are rolled with selected 100% natural leaf wrappers. These popular cigars are available to purchase in 60 countries and can be bought in a convenient pack of 5, or a 50-box set.

Swisher International is the owner of King Edward cigars and is currently the second most profitable cigar company behind Altadis. The company strives to create a product that maintains high sales and would rather cater to their current customers than transfer to a more elite market with a higher price tag attached to their product.

King Edward cigars are one of the most popular machine-made cigar brands that are still on the market. They are available in a variety of sizes and flavors. These inexpensive cigars have remarkable flavor and are known for their quality and consistency. They are the ideal product for any avid smoker to try and an excellent choice for those who would like to try cigar smoking for the very first time.

One of the most popular varieties is the Imperial cigars which has a mild subtle flavor and a smooth draw that is sure to satisfy all types of smokers. Their tobacco is derived from four different countries and placed in a natural leaf case for an intense flavor combination that has pleased King Edward users for many years.

King Edward Cigars are a great value for individuals who love to smoke high quality, full flavor cigars but do not want to pay the high prices associated with the premium market. They are perfect for special occasions and events, as well as for everyday use.