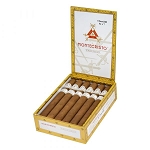 Do you know the secret of Camacho Corojo cigars?

Growing Corojo tobacco is not easy. Although it is an excellent quality seed, it produces fewer leaves per growing area than other varieties and is susceptible to various diseases and pests. This seed is heir to the well-known Habanesis, the first variety of black tobacco seeds that Cuban producers standardized, which was and is the base of much of the tobacco that is currently used in the world for premium cigars.

Since the mid-1940s, the farmers of a farm called el Corojo, in Cuba, began to carry out tests with the planting, cultivation and manufacture of Habanesis, with the intention of obtaining a leaf with the perfect conditions to be used as a wrapper. The result of these experiments was Corojo, a tobacco that for 50 years became the best cigar wrapper in the world: its blade was thin but flexible and with a delicious flavor.

Despite its exceptional qualities, its use declined markedly at the end of the century. Two reasons explain this situation: the notable reduction in its yield due to the plant's vulnerability to blue mold and other pests, and the difficulties for Corojo tobacco to reach the United States as a result of the economic embargo on Cuba. This led to the Corojo being replaced by other varieties of hybrid tobacco more resistant to diseases and with higher levels of productivity.

Perhaps the only unquestionably authentic Corojo cigar in the world is the Camacho Corojo, made by Camacho Cigars, a factory that is based in Danlí, Honduras, and specializes in genuine handmade Cuban seed cigars. This company was founded in 1961 by Simon Camacho, acquired by the Eiroa family in 1995, and is currently part of the Oettinger Davidoff Group in Switzerland.

The climate of the fertile Jamastran Valley, the growing area in Honduras, recalls the famous region of Vuelta Abajo in Cuba and there, in full sun, the renowned wrapper which covers the Camacho Corojo, one of the strongest market cigars, with a deserved place among tobacco enthusiasts around the world. The flavor of this tobacco is very rich, dark and dry, slightly more pungent than most tobaccos and slightly tinged with the flavor of peppercorns without being harsh.

The 2007 vintage was excellent, and in 2010, the Camacho Corojo Churchill was ranked No. 5 in the Top 25 Cigar Aficionado ranking. This cigar, with a large and strong smoke, medium to full body, and loaded with rich flavors and with notes of earth and black fruits, you can buy it in our store.

As you will see, the secret that the Corojo seed hides is not only its exclusivity.